This SURS Distinguished Lecture offers advice to the new generation of surgeons. 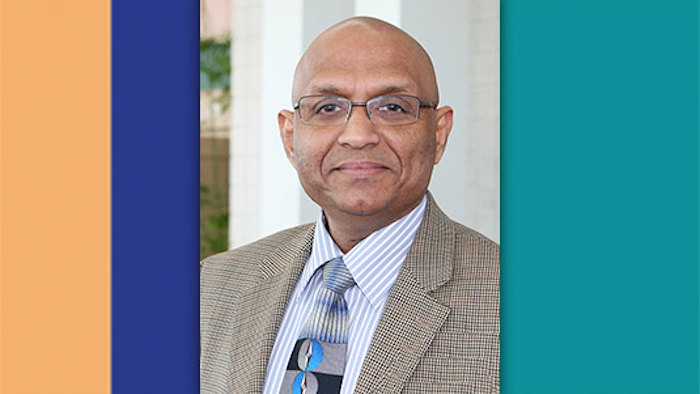 There are few questions about the utility of robotic surgery today. However, when the Food and Drug Administration approved the first robotic surgery system for general laparoscopic surgery in 2000, early adopters had more questions than answers.

“We had an amazing new technology, but we had no guidelines, no pioneers we could follow,” said Raju Thomas, MD, MFCS, FRCS, MHA. “This was a major technology in a major disease: prostate cancer. We saw, we lived through rapid adoption and adaptation by innovators—a lot of young surgeons who then brought about wave after wave of technical advances and nuances to the ways we all managed prostate cancer, bladder cancer and kidney cancer. In just a few years, robotic urological surgery had moved from a handful of academic centers to Main Street, USA, and around the world.”

Dr. Thomas is professor and chair of urology at Tulane University School of Medicine in New Orleans and AUA president-elect. An early adopter of robotic urological surgery, he will deliver the Society of Robotic Urologic Surgery Distinguished Lecture Award, “21 Years of Robotic Surgery: My Advice to the New Generation of Surgeons,” on Sunday.

Dr. Thomas likened those early years of robotic surgery to pioneers clearing a path through the mountains to find the Pacific Ocean.

“What we saw initially was the introduction of 3D robotic surgery and questions about what we could do with it,” he said. “There was resistance from mainstream oncologists who said, ‘I want to feel the prostate with my fingers.’ Young urologists and surgeons very clearly understood that feeling had just been replaced by a three-dimensional visual plane and the surgical momentum of urology had shifted. By 2007, when the Accreditation Committee for Graduate Medical Education was reviewing residency programs, one question was ‘Do you have a robot?’ There was already a very clear expectation that programs be able to train every resident on this technology.”

“And don’t forget the effect of competition among surgeons,” Dr. Thomas said. “As much as people deny it, competition is in the DNA of the surgeon. The obvious clinical advantages of robotic surgery and our own competitive urges soon led to every surgeon wanting this technology.”

Robotic surgery was not the first time technology upended urological surgery, he added. The lithotripter revolutionized the treatment of kidney stones in 1985. Lithotripters, like surgical robots, entered the market at about $2 million per installation, and every urologist wanted one.

One key difference: A lithotripter can transform the treatment of kidney stones but has few other applications. A surgical robot can transform not just prostate surgery, but bladder, kidney and many other urological surgeries, not to mention multiple thoracic, gynecological and other surgical procedures.

“I just graduated my 19th robotics residents’ class in June,” Dr. Thomas said. “Their responsibility is to be as innovative in moving robotic surgery forward as earlier classes have done before them, developing and using newer technologies such as the single-port robot and other iterations we haven’t even thought about yet to make procedures ever less invasive. The one element of robotic urological surgery that has not changed is the goal to continually decrease the number and size of incisions, reduce pain and improve the mechanics to create faster recovery and earlier return to normal for our patients.”

To achieve this goal, robust clinical data and research, along with continuous feedback and innovations, must endure.