Pornography and the internet can be both beneficial and detrimental to sexual medicine, depending on how they’re used. 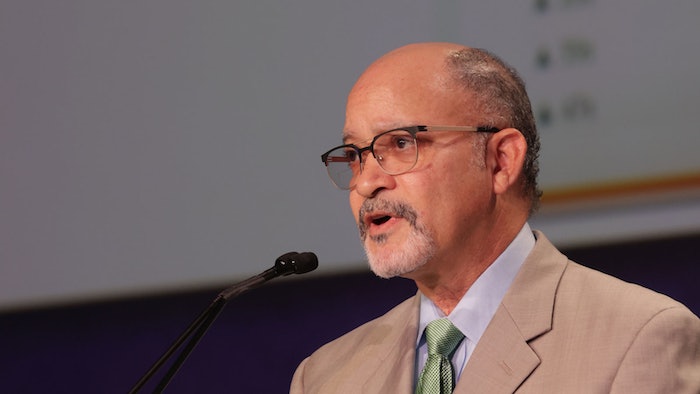 What effect has the internet—and the increasing use of pornography—had on the practice of sexual medicine? That was the question a panel sought to answer during the AUA2022 Sunday plenary session, “The Impact of the Internet on Sexual Medicine.”

In an impromptu poll of the audience, moderator Gregory Broderick, MD, urology specialist at the Mayo Clinic in Jacksonville, Florida, found those in attendance split on whether the internet was helpful or harmful to their patients and practice. However, when he asked if anyone was neutral, no one raised their hands.

Dr. Hossein Sadeghi-Nejad, MD, FACS, professor of surgery and urology at Rutgers University’s New Jersey Medical School, tackled the issue of genital surgery in men and the problems of misinformation presented on the internet.

Dr. Sadeghi-Nejad said that pornography-perceived inadequacies in functional appearance combined with the arrival of Viagra and an increased interest in aesthetic scrotoplasty has led to more men going online to seek information about genital surgery. This, in turn, has created more problems.

He cited a survey of plastic surgeons that found those surveyed believe information on blogs and forums is harmful to patients 85% of the time.

“(Social media) can lead to very unrealistic expectations,” he said. “An evaluation of many websites on the quality of information specifically in relation to cosmetic plastic surgery and substandard quality based on a validated questionnaire found that only 18% of these websites actually addressed an adequate number of items for having a strong website.”

In addition, the evaluation found that 82.5% of websites run by private practices and surgeons scored very low on patient information. Dr. Sadeghi-Nejad said nearly half of them didn’t mention any potential complications in procedures for fear of turning off patients who were considering cosmetic surgery.

However, he said, there are steps doctors can take to debunk the misinformation that is often found on the internet.

“One approach is to present the myth first, followed by relevant facts,” he said. “But we know this can backfire because studies have shown that the first item is often the one retained. A better approach is to go through a three-step process that is used by climate scientists: declare the fact first, then the myth, and finally explain the fallacy.”

Dr. Sadeghi-Nejad said the area of male genital cosmetic surgery is an easy target for abuse on the internet. However, surgeons can help by being vigilant.

“The internet can exacerbate feelings of inadequacy and the availability of implants for the correction of penile cosmetic properties may actually result in more patients wanting those devices for the wrong reasons,” he said. “We have a responsibility to promote science, debunk internet misinformation and hold unethical practitioners responsible.”

Dr. Nelson said the largely negative views and perceptions toward pornography in our society have influenced the research on the subject in a negative way.

“Basically, it’s a harm-focused bias in research investigating pornography’s influence on things like healthy sexuality in relationships,” he said.

Dr. Nelson said there is no doubt there are harmful effects associated with pornography, including social isolation, addiction, the distortion of beliefs and perceptions about relationships and sexuality and distorted views of self.

“But it’s important to think about the literature and the methodological limitations of the literature in this area,” he said. “These studies come with the assumption that there are negative effects of pornography, that there are harm-based effects. They design the research to ask the questions focusing on these, so of course they’ll get those results.”

According to Dr. Nelson, a closer examination of studies that don’t have a harm-focused bias yields different results.

Irwin Goldstein, MD, director of San Diego Sexual Medicine in California, walked the audience through three cases where misinformation on the internet led to problems with patients seeking sexual medicine.

The first case involved a 19-year-old male who found information on the internet regarding jelqing—devices and methods that will reportedly increase blood flow to the penis, thereby leading to increased size. Dr. Goldstein said this practice can put the erect penis at risk for injury and can lead to scarring and abnormal erectile tissue.

The second case involved what Dr. Goldstein called “desperate, vulnerable patients” who search the internet for information on penile enlargement surgeries. In this case, a 51-year-old male whose wife had died began viewing pornography and decided he didn’t like the way his penis looked compared to what he saw on the internet. He flew to Houston and had a fat injection and a suspensory ligament transection.

“And now his penis slides,” Dr. Goldstein said. “He calls it a barstool that is not bolted to the floor and it slides.”

The third case Dr. Goldstein highlighted involved a woman who got misinformation online regarding liposuction and labia procedures. After her procedure, the woman ended up with constant “nervy” pain that “throbs and stabs and obviously affects her sexual activity,” Dr. Goldstein said.

Dr. Goldstein said it ultimately falls upon the surgeons and physicians to educate the public about the dangers of these procedures and the information they may find on the internet.

“Internet misinformation on people who are desperate and vulnerable and who are seeking ideal genital cosmetic appearances can undergo permanent and awful sexual problems,” he said. “It is our job to send information in publications to tell people not to do these things because there are complications.” 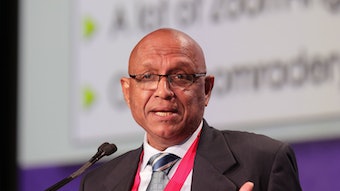 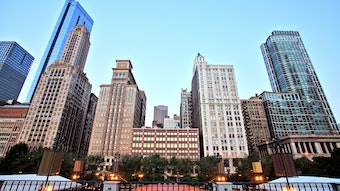 Mark your calendars for AUA2023